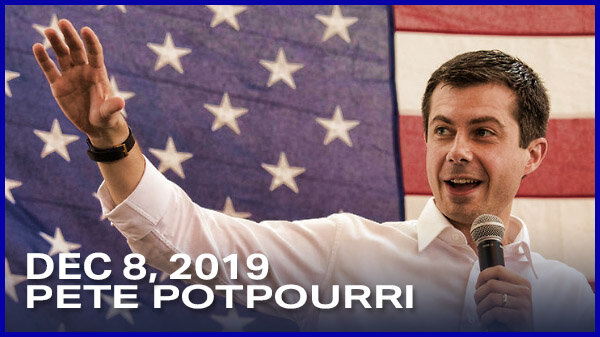 🎵 @PeteButtigieg told #CandidateCafe patrons that his favorite music genre is classic rock, and he owes that to his father, who owned just one cassette tape that they would listen to on rides to school. See other Cafe highlights: https://t.co/xEYmhTsRNv #nhpolitics #FITN pic.twitter.com/7jiA9iI50m

Intereesting segment with Hugh Hewitt saying Pete is the one who is the most challenging contender to Trump.

I'm quite happy with this. 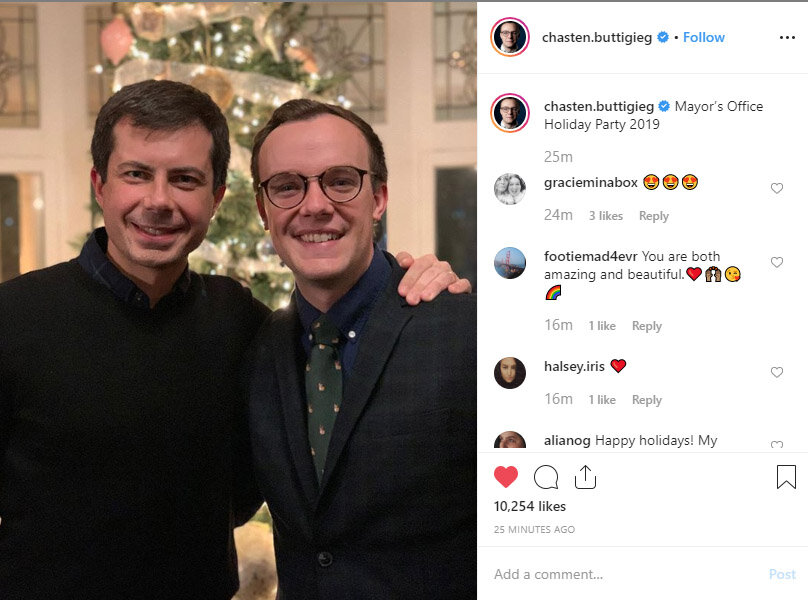 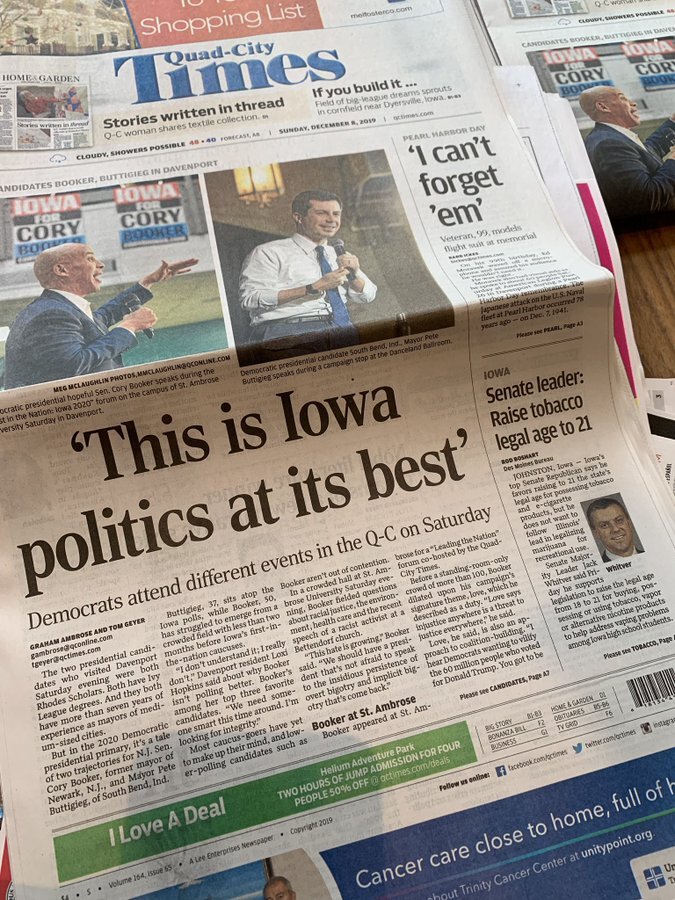 A good article talking to Iowans.

JoAnn Collins, 70, of Cedar Rapids, said she was surprised about Warren’s comments, which she felt were unfair to Buttigieg. “I like her, but that disappoints me,” Collins said. On Friday, the Buttigieg campaign released a summary of the mayor’s roughly two and half years at McKinsey. Buttigieg called on the firm to release him from his non-disclosure agreement. Dave Carlson, of Cedar Rapids, wore a “Veterans for Pete” button on his T-shirt while waiting for Buttigieg’s town hall in Mount Vernon. The 56-year-old, who said he served as an officer in the U.S. Navy, did not know about the debate over the non-disclosure agreement.

QUAD CITY TIMES - 'This is Iowa politics at it best'

Before he spoke, Lisa Killinger looked out over the crowd. “I think this is Iowa politics at its best where people show up to learn. This is how we do it in Iowa and it’s really, really encouraging to me.”

Killinger said she’s still making up her mind. “Right now I’m favoring Pete because he’s very positive and he seems to really have his act together and how to organize, and what I’m interested in is a candidate that can the incumbent.”