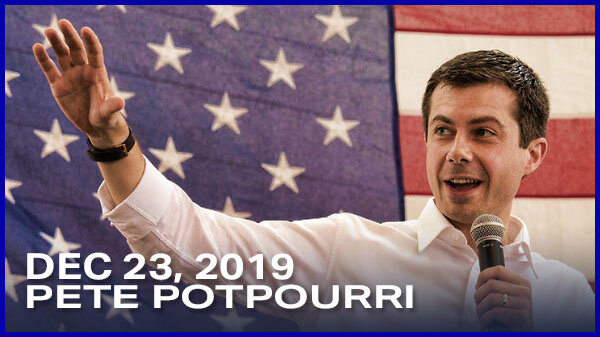 This is chef’s kiss.

.@PeteButtigieg will no longer be our mayor soon. We're not done with this guy yet, but here's every photo our @SBTribune staff has ever taken of him so far. pic.twitter.com/JqIAKMdlkf 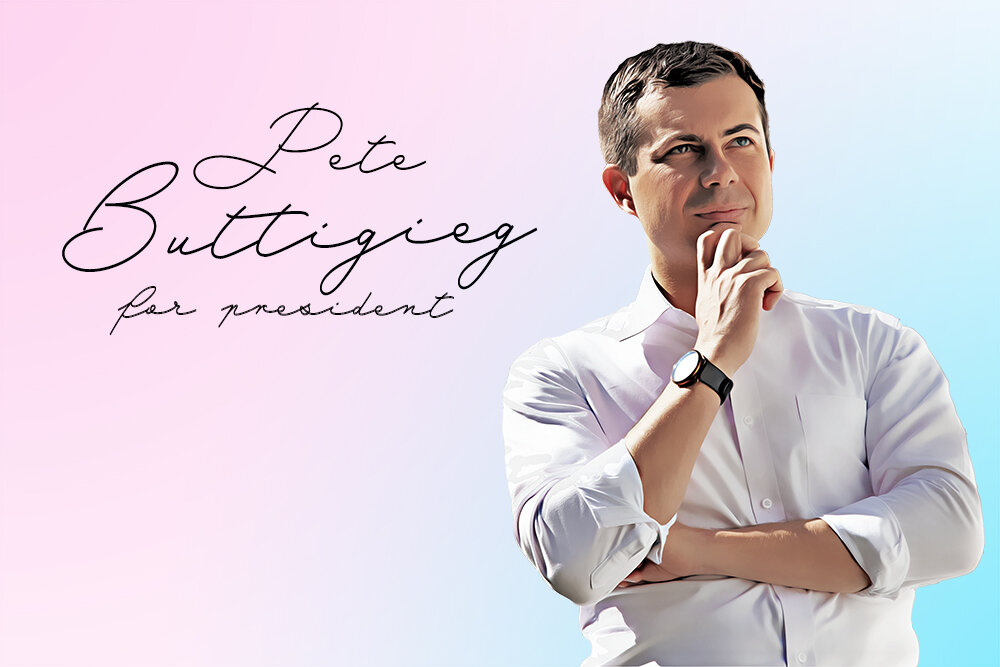 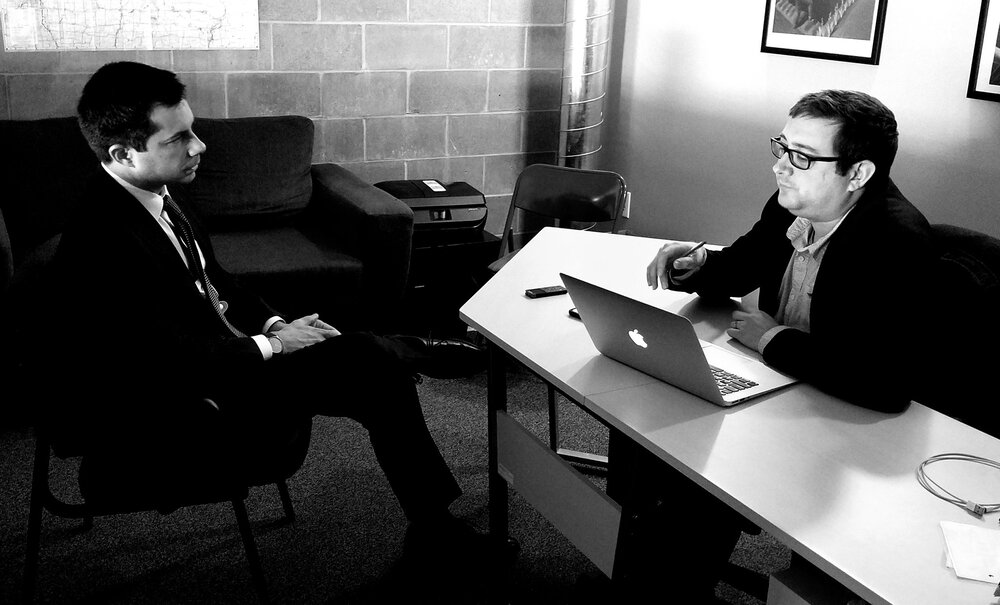 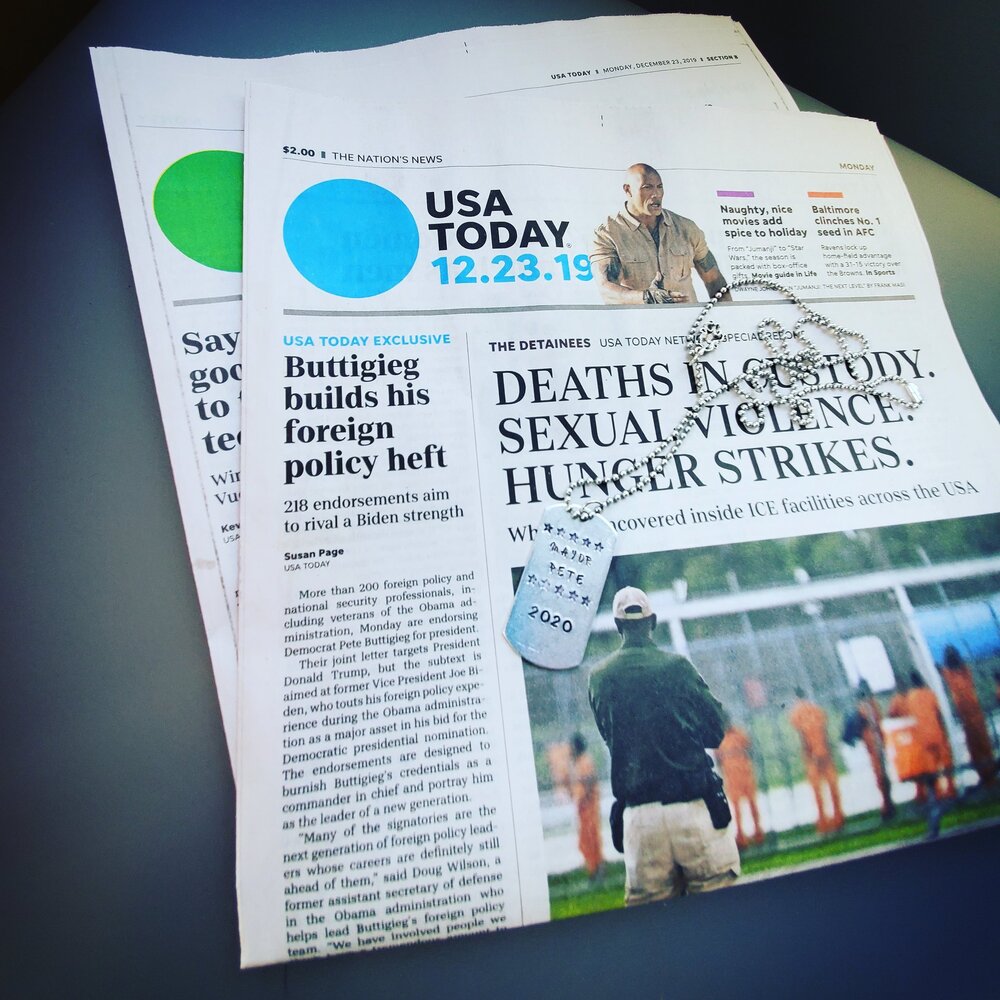 “It’s an opportunity for a Democrat like Pete Buttigieg, who speaks Christianity fluently - a lot of the other candidates don’t, and it’s a put-on, and you can tell it’s a put-on...”#CNN
12/23/19#ThePeteEffect#TeamPete pic.twitter.com/SVJDRRT5B2

“This has been a slow and steady increase in the key states, and what it exemplifies is that the more people meet him the more they gravitate towards him, which goes to show that he is authentic...”

On @weareiowa5news: "We're seeing that @PeteButtigieg is able to consistently bring out huge crowds. A few weeks ago in Coralville, he brought out about 2,000 people." pic.twitter.com/NH4TyyYbnG

The “whine” that’s issuing out of the “wine cave” is hypocrisy - because Pete’s winning. Great segment.

.@ThisWeekInIowa on @PeteButtigieg: "Despite the fact that he came in to the year with just about no name recognition, no money, no connections. he has really impressed a lot of people, and is now poised for what could be a pretty good caucus night." #IACaucus pic.twitter.com/oph01R81pZ

More than 200 foreign policy and national security professionals, including dozens of veterans of the Obama administration, on Monday are endorsing Democratic candidate Pete Buttigieg for president.

Buttigieg's ability to command robust support among those who work on national security and foreign policy issues helps him make a key case: that at age 37 and the mayor of South Bend, Indiana, he can be entrusted with the presidency and all that involves. Buttigieg is also a former Navy intelligence officer who served in Afghanistan.

Excited that @PeteButtigieg is the first candidate to file for the democratic primary ballot in #Delaware. Thanks to all the volunteers who made this happen! #TeamPete #netde #PeteButtigieg2020 pic.twitter.com/lzs7lRRckm

Occasionally, Buttigieg and Schmuhl will literally communicate in another language, dipping seamlessly into French when they want to speak privately in a car packed with other people.

“I like this guy a lot, Pete,” Laborde said. “He just seems to fit for me, even though he’s half my age.”

POLITICO - The year in review

Whether Buttigieg has staying power will be determined in 2020. But as the year ends with the big names still topping the national polls, Buttigieg’s sudden rise stands as the greatest disruption to the Democratic contest in the off year.

Good, rational analysis of Democratic donors, who tend to be progressive, and of the realities of raising funding for politics.

“I really like his sense of integrity, and I like that he’s not afraid to talk about his faith,” she said. “I think that that's something that Democrats have not always done really well. I think, obviously his intelligence and his sense of purpose —  I find it very inspiring,”

I. LOVE. PETE. Can you tell? It was great to see @PeteButtigieg today in Ankeny, IA. #TeamPete #volunteers pic.twitter.com/Q7mzddMq2K

Did some last minute Christmas shopping with @PeteButtigieg at @RAYGUNshirts this morning. pic.twitter.com/cvmnSaVzkJ