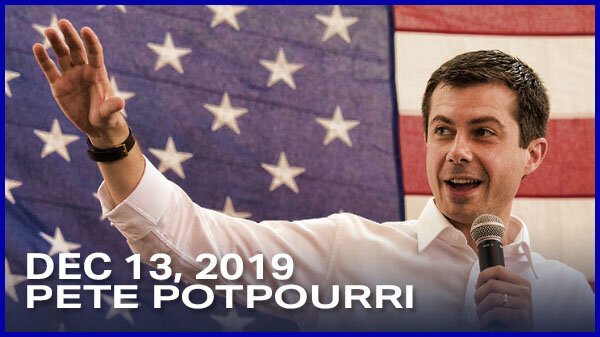 Organizations like @ahhatulsa change the lives of so many children and community members through access to the arts. It’ll be one of my priorities as First Gentleman because arts education is not a luxury, it is a necessity. pic.twitter.com/x7WbPkmKYL

During the national feast today commemorating the 45th anniversary of the Republic, the Maltese state honoured 16 personalities with the awards of National Order of Merit or with the medals for Service to the Republic.

Joseph Buttigieg is amongst Roland Oreste Cassar and Lino Grech to receive an award posthumously this year.

THE INDEPENDENT UK - If one more polyamorous coastal 'queer' tells me Pete Buttigieg isn't gay enough I'll scream. He is — and so am I

“What I do know is a generation of young gay and lesbian people are going to gaze at Pete and Chasten Buttigieg on TV and see a loving, stable gay couple and think that they can have that kind of marriage, too. They’re going to see Pete in debates, and possibly in a victory speech, and think they too can be president. If that’s not radical, I don’t know what is.”

THE BULWARK - If Trump Is a Unique Danger Why Aren’t Democrats Acting Like It? by Tim Miller

Good read that decries all the infighting on the left.

WASHINGTON POST - These Iowa voters loved Joe Biden in 2008. Now, they’re not sure he’s the one.

Jirgens said many Democrats she knew had become enamored with Pete Buttigieg, the South Bend, Ind., mayor who has made a major play for the same kind of centrist rural voters Biden appeals to. Both candidates have focused heavily on counties that flipped from Barack Obama to Trump in southeastern Iowa and have recently launched new efforts to reach voters in western Iowa, a region that tends to be far more conservative than the rest of the state.

Just days before Biden began his bus tour, Buttigieg appeared in many of the same towns, touting a commitment to help rebuild and rejuvenate rural areas that have struggled with business and population loss.

Pete Buttigieg has leapt to the top tier of Democratic presidential candidates by touting himself as a moderate alternative to Elizabeth Warren and Bernie Sanders. But his economic platform still embraces an expanded role for government and a shift to the left.

The South Bend, Ind., mayor has tangled with Sens. Warren and Sanders over their health-care and free-college plans, proposing smaller, more-targeted options. Yet, he has so far proposed $6.9 trillion in new government spending. That is much less than his more progressive rivals—but double that of former Vice President Joe Biden, the leading centrist in the race, and triple the total of 2016 Democratic nominee Hillary Clinton.

“Pete is working with the same color palette as Sanders and Warren, though they might be painting in brighter hues,” says Felicia Wong, president of the Roosevelt Institute, a progressive think tank. “When he talks about curbing corporate power, he is getting to the new thinking.”

Unlike the other leading Democratic presidential candidates, the 37-year-old Rhodes scholar has never held a seat in Congress. The lack of a national track record is to some a sign he lacks experience, but it also leaves him freer to define himself.

And in doing so, Mr. Buttigieg sidesteps ideological labels. Asked whether Democrats are veering into socialism, he told NBC’s “Meet the Press” in April that he believes in “democratic capitalism,” adding that “when capitalism comes into tension with democracy…democracy is more important.” Rather than left vs. center, he sometimes defines the choice as new vs. old, playing up his youth against the septuagenarian trio bunched together with him at the head of the pack.