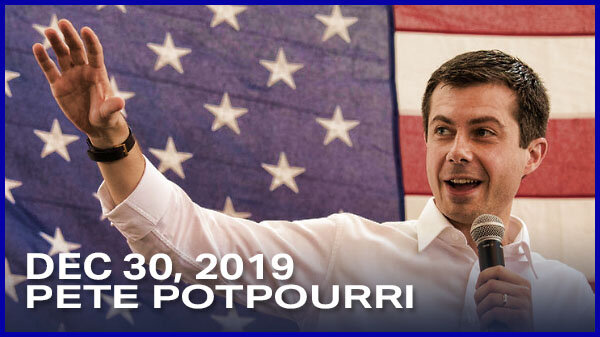 TODAY IN PETELANDIA - Pete has a town hall in Maquoketa, IA.

Today, I asked Buttigieg what went through his head when he learned of Rep. John Lewis's diagnosis. Buttigieg said, “one of America's most courageous fighters is now in the fight of his life.” He praised the congressman as great example to Americans. pic.twitter.com/TTNsuV5Xg7

ICYMI: My live report on Mayor @PeteButtigieg's campaign stop in Fort Madison, Iowa Sunday night. He spoke to a standing room only crowd as hundreds of supporters poured into the YMCA gym. @KHQA #WorkingForYou @PeteForAmerica pic.twitter.com/j61qoXo5S7

It's great to be back on the trail after a few restful days at home.

Thank you to all of you who spent part of your holiday weekend with the @PeteForAmerica team. We’re moving into a critical phase of this campaign and I hope to meet more of you along the way. Let's do this. pic.twitter.com/AWCQv1kopN

This was @PeteButtigieg’s first ever Iowa event. We’ve come a long way, baby and have a long way to go! https://t.co/sqVafbFqeM pic.twitter.com/6XI5tlsOqG 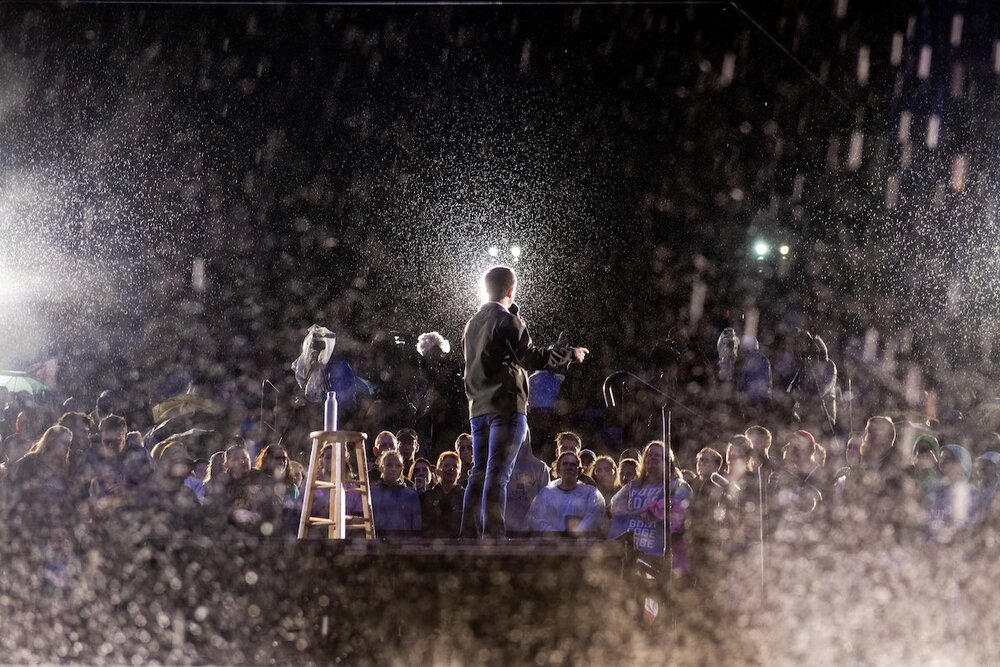 '‘'Buttigieg is barreling toward an Iowa Caucus victory, and there’s not a damn thing anyone’s tweets can do about it...

Despite the new scrutiny, Buttigieg has seen his crowd sizes in Iowa swell this month..''

NY MAG INTELLIGENCER - The 5 Biggest Surprises of the Democratic Presidential Primary, So Far

In the vast initial 2020 Democratic presidential field, it was by no means clear that the 37-year-old mayor of South Bend was going to become a top-tier candidate. In March, he was well below one percent in candidate preferences. Now he is at 8.3 percent and, more importantly, leads the polling averages in Iowa and is a close second in New Hampshire.

Buttigieg is not doing so well in states that vote later in the process, where nonwhite voters — among whom he has very low support — are predominant. But presumably he will get a fresh look if he survives the first few contests. In the meantime, you have to figure that he has benefited from a series of solid debate performances, fundraising support from fellow LGBTQ folk, and positive vibes from opinion leaders who fear Biden, Sanders, and Warren are too old to win.

POLITICO - Birch Bayh and Richard Lugar: The Hoosier Lions of the Senate

Another Rhodes scholar, Navy veteran, Indiana mayor and presidential candidate, Pete Buttigieg, keeps a photo of himself with Lugar in his South Bend, Indiana, office. In fact, Lugar was perhaps the only thing that could bring together Buttigieg and fellow Hoosier Vice President Mike Pence. Lugar, Pence said earlier this year, would be “remembered among a discrete pantheon of senators who commanded the respect of his peers in both parties and exercised enormous influence in foreign affairs.” Buttigieg called Lugar “a great mayor, senator, and mentor [who] made the world safer, stood up for better foreign policy, and knew how to work across the aisle.”

Buttigieg’s political rise in 2019 is among the most remarkable of its kind in American political history. He is only the third Hoosier in modern caucus history to make a serious run in Iowa, joining Birch Bayh (he finished 3rd) and Dick Lugar (he finished 7th). With four weeks to Iowa’s caucuses and little recent reliable polling, it’s anyone’s guess how this chapter of his story ends. But no matter the outcome, Buttigieg has already won: He’ll be a player in Democratic politics for a long time to come.

REASON.COM - Pete Buttigieg Says We Should Decriminalize All the Drugs

To be clear, Buttigieg is not calling for the legalization of all drugs, though he supports marijuana legalization. His preference is for drug diversion in the criminal justice system, such as drug courts.

It's great to be back on the trail after a few restful days at home.

Thank you to all of you who spent part of your holiday weekend with the @PeteForAmerica team. We’re moving into a critical phase of this campaign and I hope to meet more of you along the way. Let's do this. pic.twitter.com/AWCQv1kopN

My first trip to Iowa for the first Des Moines rally - part one - 4/16/19 pic.twitter.com/hROnRDnio3

Pete made time for my shy kiddo, too, because of course he did. 💙💛And holiday card? Abso-freakin’-lately. pic.twitter.com/QwVq6SoDGM