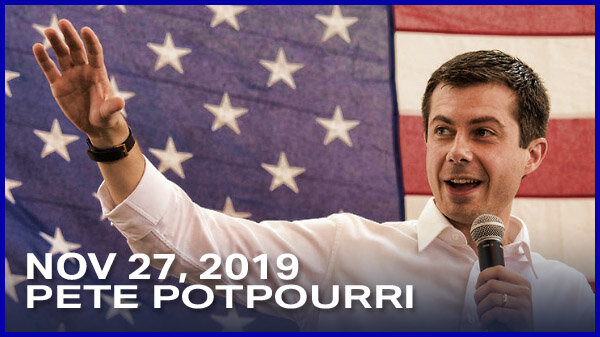 Today, as we travel to be with family or friends or begin to set the table for Thanksgiving dinner, let’s focus on the values we share and the hopes we carry to build a better future for our families, our communities, and our country. pic.twitter.com/fPRdc0p1zC 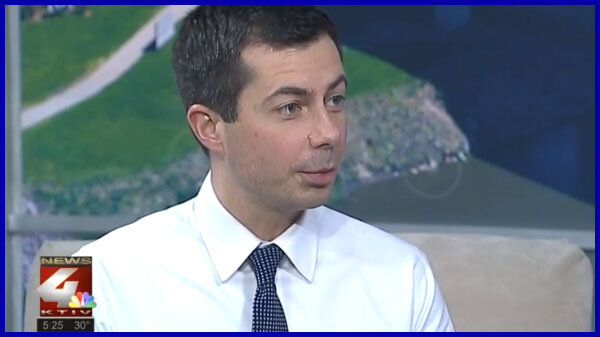 A new video related to the release of Pete’s Long Term Care plan was released today.

Cute video from The Ellen Show were a young presidential hopefully visits the 5th debates. A few cute questions with Pete.

Jim Sciutto discusses Pete’s rise in the polls and the reality of the POC vote:

A segment (mostly positive) about Pete on Andrea Mitchell - - starts around 13:25

There were a number of new polls today. Pete is consistently in the double digits now nationally. But here’s the cool poll of the day. This is the RCP poll average. Pete is leading in both Iowa and NH. 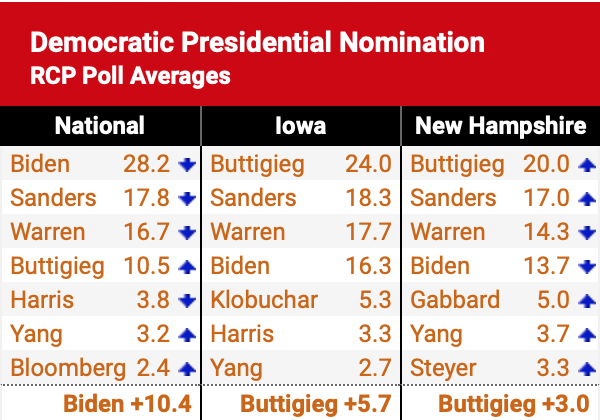 MEDIUM - On Bullying, Belonging, and Buttigieg by Conor McQuivey

THE HILL - Political Twitter is unhappy with Pete Buttigieg — Does anyone care?

“The accounts go by names like Good Guy Pete (a South Bend-based Buttigieg podcast), Pups for Pete (which, expectedly, shares photos of supporters’ pets), Pete Buttigifs (short looping clips of Buttigieg being relatable) and, strangely for a social network, Introverts for Pete.

The millennial core of Buttigieg’s campaign is versed in the futility of Twitter flame wars. Instead, they ignore the criticism, post the memes and amplify the message. They operate with the understanding that Twitter is not real life, but that boosting a positive image of their candidate can yield digital converts. Their strategy looks a lot like that of former President Barack Obama and dominant challengers like Warren. It also works.”

WALL STREET JOURNAL - Buttigieg, in His Push for Iowa, Sounds Echoes of Obama

Voters interviewed this week in Iowa said that they see the same sort of intelligence, cool composure, pragmatism and positive energy from both men. “They are both personable and you can relate to them,” said Jerry Beaty, a 77-year-old retired funeral-home owner from Creston who caucused for Mr. Obama in 2008 and plans to support Mr. Buttigieg in February. “They’re both regular guys.”

Ms. Beaty said she failed to see Mr. Obama the one time he came through Creston in 2007 and didn’t want to make the same mistake with Mr. Buttigieg. “I’ve never forgiven myself, so I said that if Pete was ever in Creston, I would go,” she said.

“By far, the biggest beneficiary of this mini brain drain has been South Bend, Indiana, Mayor Pete Buttigieg, who’s staffed up top leadership positions with tech executives. His national political director, Stephen Brokaw, came over from Google, where he was a marketing manager. His chief innovation officer, Ann Mei Chang, was a senior engineering director at Google for eight years. His national policy director, Sonal Shah, has worked at think tanks in recent years but was the head of global development initiatives at Google from 2007 to 2009. And his talent director, Nadia Singer, previously worked at Quora and Facebook.”

Sometimes you run late to a meeting about rural issues and #IA04 with @PeteButtigieg because you were shoveling snow... pic.twitter.com/I5J3yXAK3N