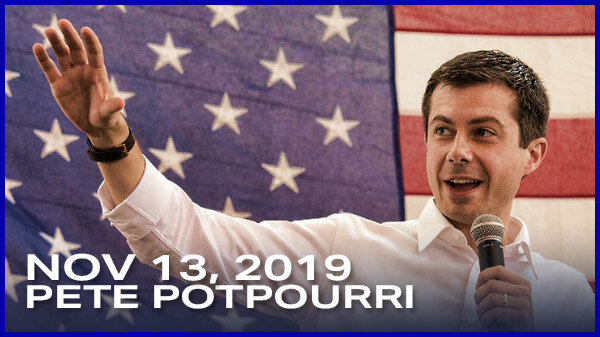 TODAY IN PETE: Pete is in South Bend. He will head to L.A. for the CA Dems Convention on Friday and will soon be campaigning in Atlanta and South Carolina. The next debate is Nov 20th.

A short interview on TMZ about the new Iowa polls

This one isn’t new, but it seems particularly appropriate today.

“The President will continue to rant & rave & behave strangely. The real action lies with congressional Republicans...Deep down, they know this is wrong. I hope they remember that when their careers end...they will be remembered, above all else, for what they do in this moment.” pic.twitter.com/vQsI16qbTq

The Soul of the Nation with Jim Wallis - Rev. Jim Wallis interviews Mayor Pete Buttigieg on the Role of Religious Values in Politics

This seems like kind of a big deal. READ ABOUT IT HERE

If you missed the page of veteran testimonies released with the veteran plan, it’s a must see! 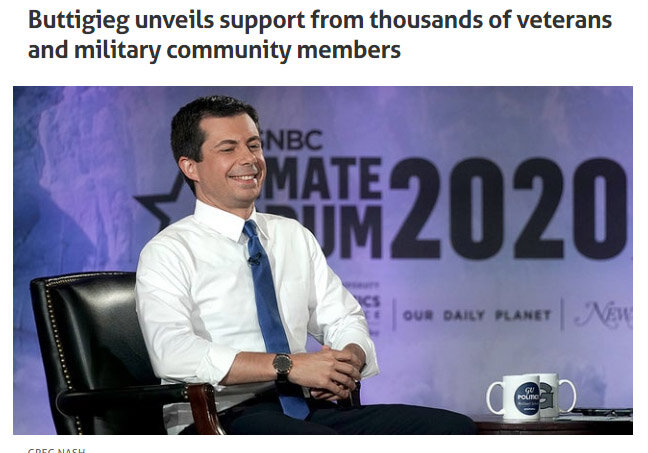 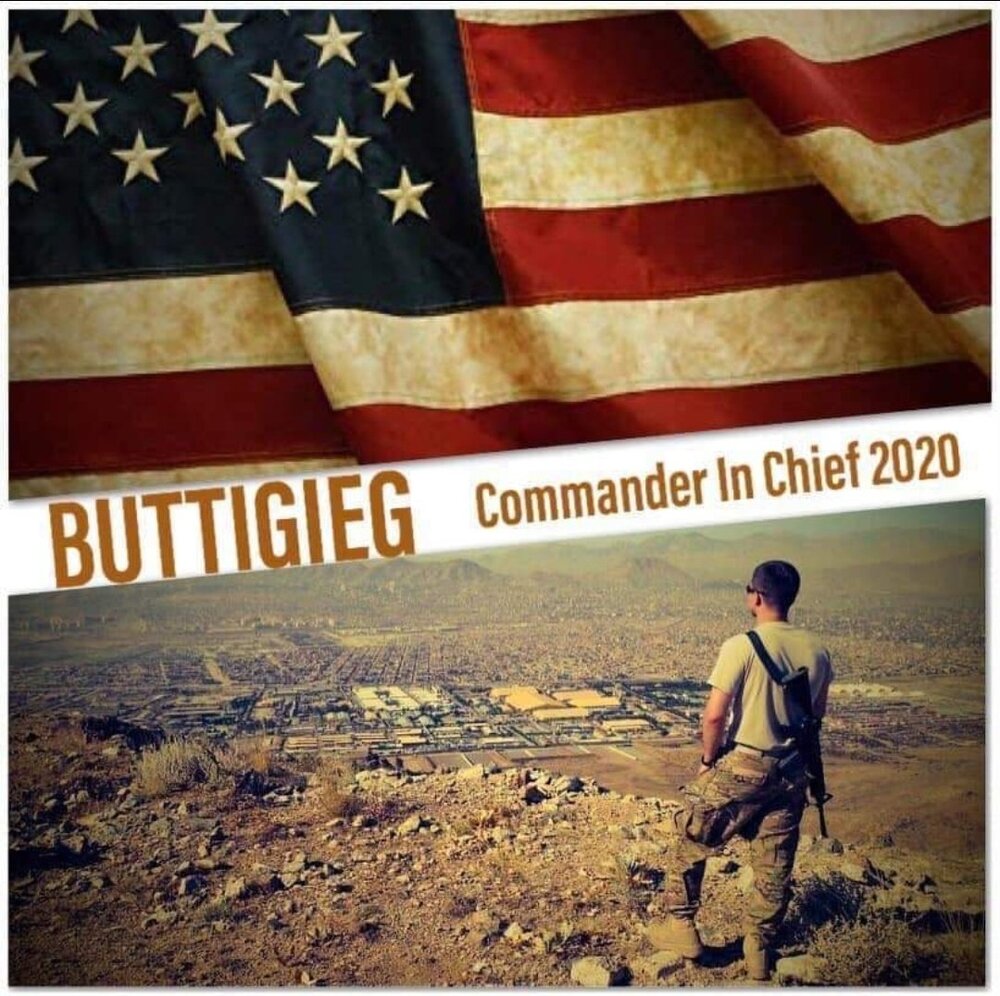 WASHINGTON BLADE - For Buttigieg, being gay a boost on the campaign trail

“But it wasn’t because Buttigieg was wearing his sexual orientation on his sleeve, or waving a rainbow Pride flag on stage at his rallies. It wasn’t because he hectored his audience to back his candidacy based on the unprecedented nature of an openly gay presidential contender in the race for the Democratic nomination.

It was because the audience kept bringing it up and cheered him on for it. Coming off his success at the Liberty & Justice Celebration for Democratic presidential candidates on Nov. 1, Buttigieg lit up crowds over the course of his campaign tour — and being an openly gay candidate was a big part of that welcome reception.”

“Buttigieg certainly stands out in the top tier as decades younger than his competitors, as the only one with military service, and the one who has managed to walk the line between realism and inspiration, progressive lead and national healer.”

“I was all in for Joe Biden, but now I’m wondering what happened with him, you know? It’s obvious that he’s fading,” said Tekippe, 63, a retired nurse who now says she won’t caucus for Biden and is strongly considering Buttigieg. “Pete is on his way up. There is a lot of enthusiasm for him, and there are so many people who really want to believe in their candidate, and you have to see him in person to see how impressive he is.”

“I fear there has been an effort to recruit Jesus into one political party. God doesn’t belong to any political party in this country.” - @PeteButtigieg. Grateful for Mayor Pete's voice in this political season. pic.twitter.com/ZYCG9selKE

Progress. This is a good step forward.https://t.co/cQR1ojhDFM