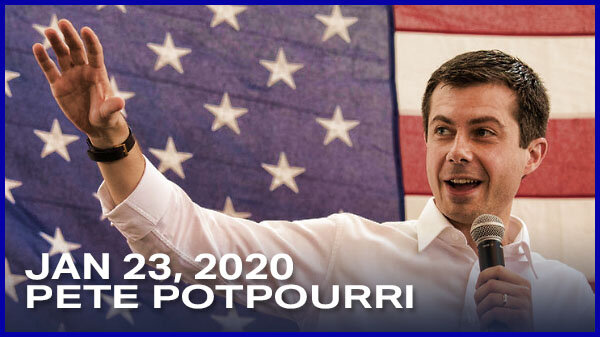 One year ago today… Pete launched his exploratory committee

One year later, same question: Are you ready to walk away from the politics of the past? https://t.co/7sbv6CevxM https://t.co/ruXcZ8XwN9 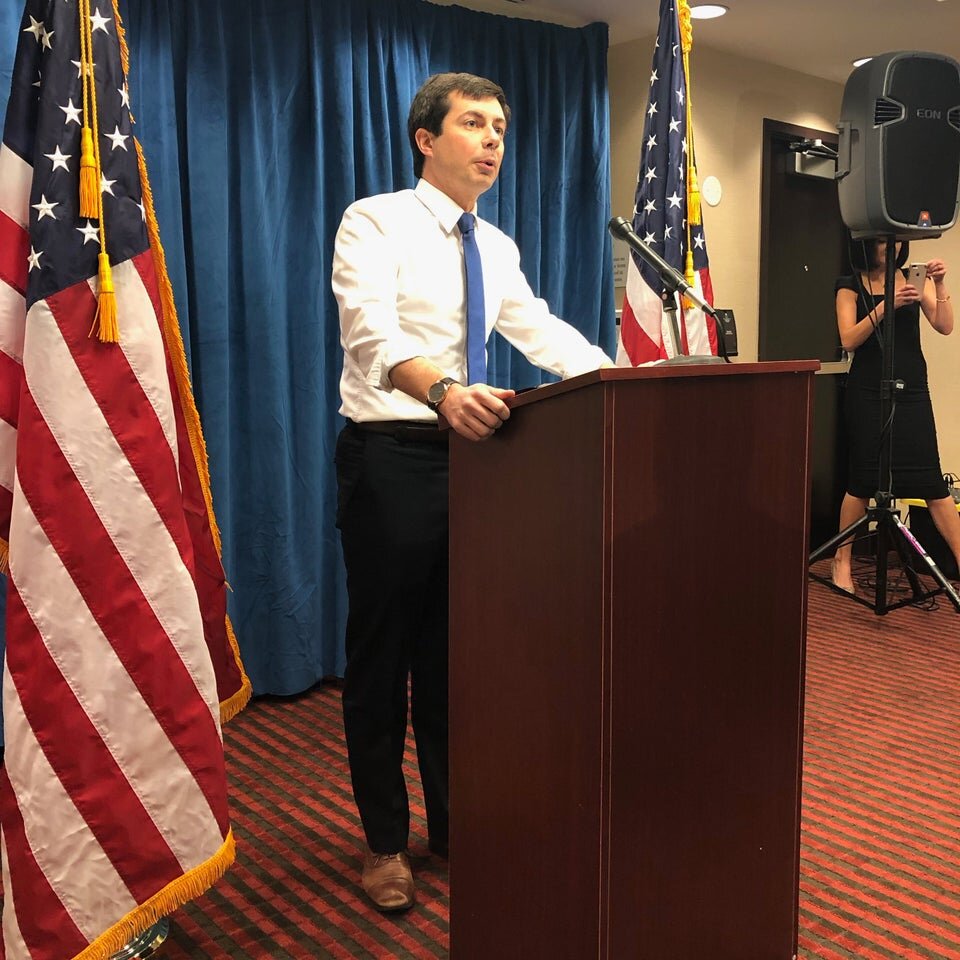 One year ago, @petebuttigieg sat down with literally everyone in the media. Even @Merica! pic.twitter.com/GJW7kVhOpF

I came out when I was 17. Terrified, I ran away from home, crashed on friends’ couches and occasionally slept in my car to stay out of the way.

Today I’m traveling the country on behalf my husband, just two weeks shy of the Iowa Caucuses as he seeks the American presidency.

Donald Trump faked a medical condition to avoid serving. He’s never had to sacrifice a day in his life.

He will never understand the sacrifices our service members and their families make. We deserve a better Commander-in-Chief. https://t.co/rGy9YdzFwj 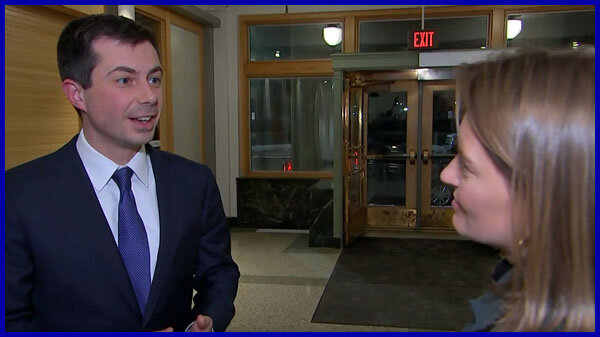 Enjoyed meeting with ⁦@PeteButtigieg⁩ this morning to discuss the major issues confronting us and the imperative of beating Trump. pic.twitter.com/kteMOiPunq

Thank you @AmbassadorRice for an enjoyable and thought-provoking conversation. As we prepare to meet the unprecedented challenges of the future, I'm inspired by the extraordinary leadership and vision you've shown. https://t.co/csZJMpjaNr

A terrific thread on NH endorsements…

Hey #TeamPete, let's talk about #NewHampshire. Have you noticed that @PeteButtigieg is building a fantastic ground game in the Granite State?

Lots of front page hits for Pete in Iowa today. 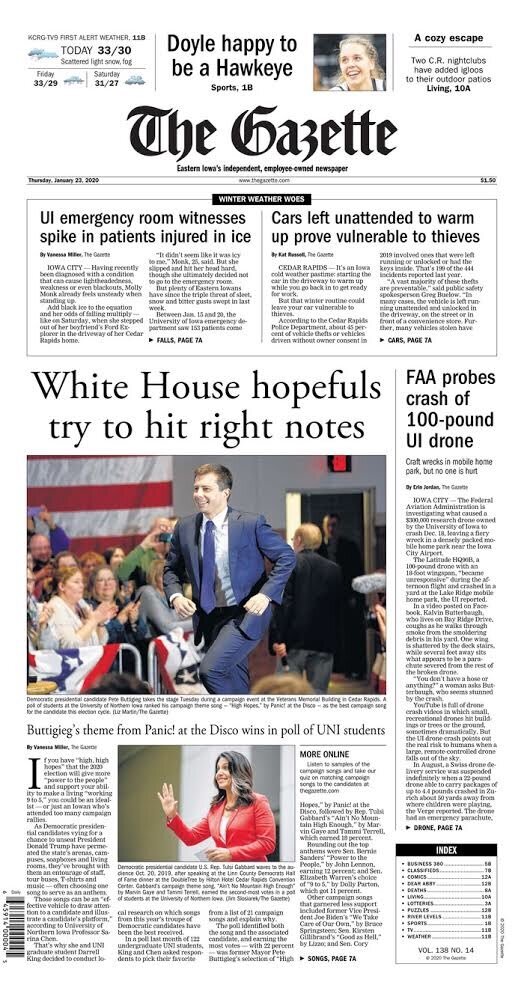 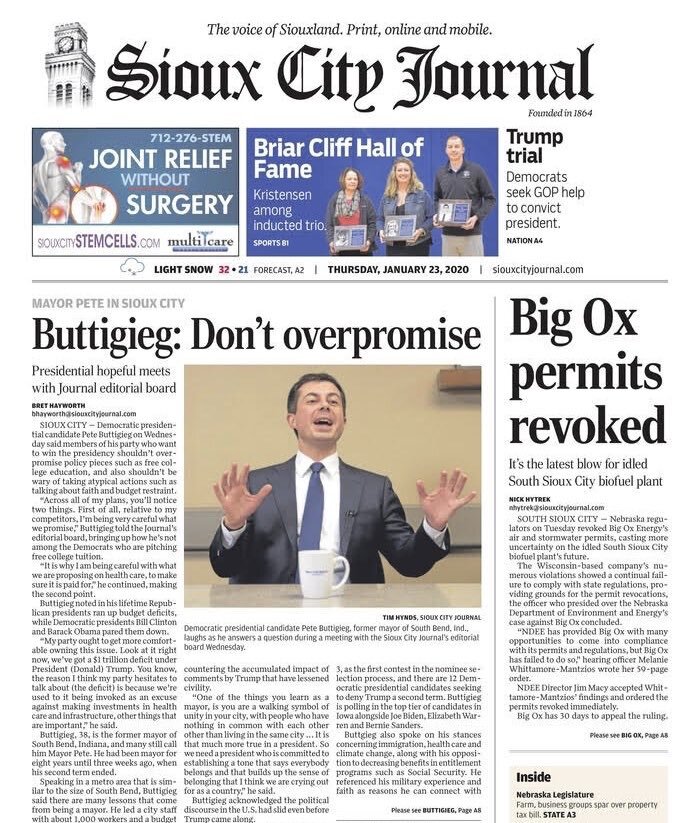 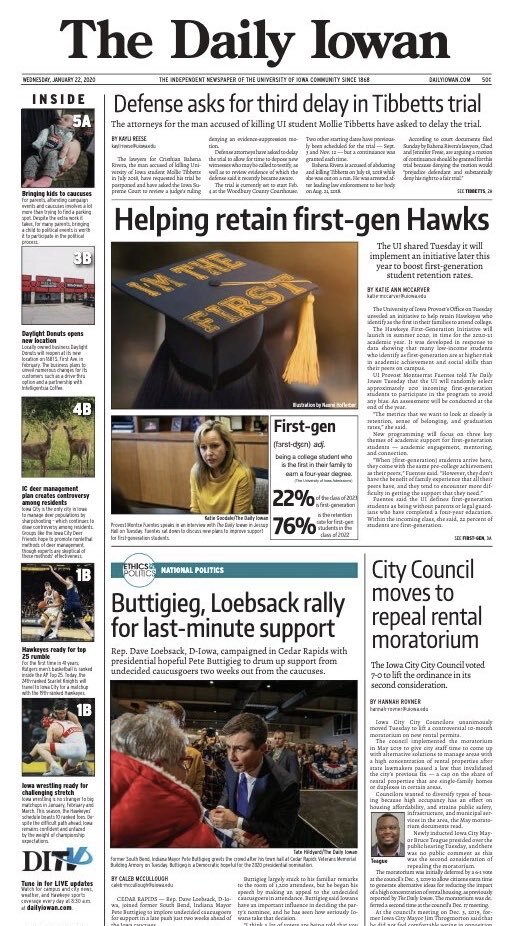 Various campaigns are covered. For Pete’s, Ann Arbor For Pete and Librarians For Pete are interviewed.

MEDIUM.COM - The power of Therapy, Medication, and Pete Buttigieg

I educated myself on all things Pete. I found joy, and not fear, in paying attention to politics for the first time in a long time. I also realized politics was my calling. In June, I switched my major to Political Science (after a lot of prior changes) and threw myself into it. When watching Pete’s speech on Health and Belonging in America, he mentioned Bipolar Disorder by name, stating how it shouldn’t be stigmatized or treated any differently than a physical ailment. While seemingly simple, hearing a presidential candidate not just acknowledge, but advocate for people like myself was nothing I had ever heard before. Emotional and inspired, I began volunteering in my area for Pete.

In his exclusive op-ed for the Jewish Telegraphic Agency, @PeteButtigieg outlines his strategies for combatting anti-Semitism. https://t.co/9FBkWwymeW

Who can beat Trump? The noiminee who can best appeal to swing voters. Here Hari Sevugan shows that’s Pete Buttigieg.

To the #PeteForAmerica people: thanks for letting me step in front of you so I could ask @PeteButtigieg a question
To Tristan and Jacob: thanks for going with me
To @PeteButtigieg: thank you for addressing trans folk and our healthcare needs
To Iowans: caucus#Pete2020 #WinTheEra pic.twitter.com/cQX2WbgQve

NEW: Pete Buttigieg is getting some outside air support. VoteVets Action Fund will start airing a pro-Buttigieg ad tomorrow in New Hampshire, the first outside group to step in for the former South Bend mayor on TV https://t.co/TLNwmIkvwD

12:00pm - Judy is a registered Republican and is not planning to caucus on Feb. 3

12:45pm - Judy is changing her party registration so she can caucus AND be a #TeamPete precinct captain pic.twitter.com/8dIUEkPlMN

ME: “Are you for @PeteForAmerica too?”

Buttigieg on Jan 23, 2019, announcing his presidential campaign to a handful of skeptical reporters at a hotel in DC — and on Jan 23, 2020, back in DC a few blocks away at the Conference of Mayors, predicting victory in the Iowa caucuses pic.twitter.com/oCfj9XVm7p

One year ago today, I yelled “holy sh*t, Pete Buttigieg is running for president!” and my husband said, “who??”

As a conservative, I didn't know if I'd be heard or welcome when I started campaigning for @PeteButtigieg.@PeteForAmerica has proved me wrong by showing me the rules of the road; they told me I belong despite party lines.

We are making America UNITED again.#WinTheEra

A year ago today, I saw the New York Times article announcing Pete’s presidential exploratory committee. I was one of the few (outside of South Bend) who knew his name. You see, he had captured my attention a year earlier. https://t.co/Ah1tkObywZ 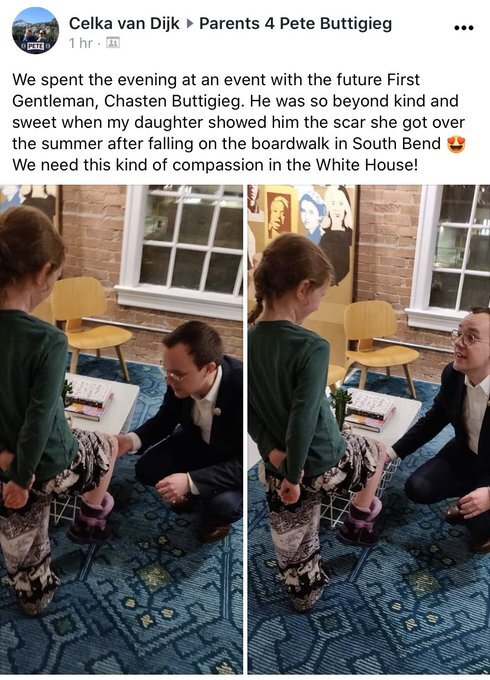