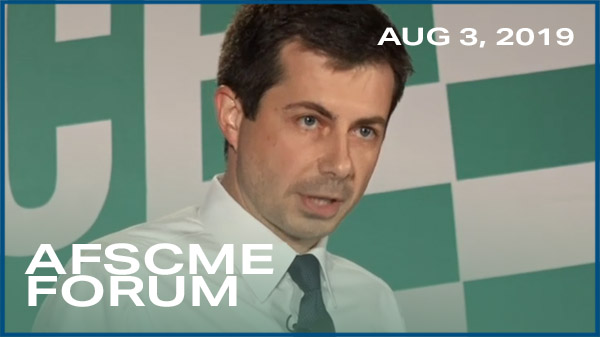 The American Federation of State, County and Municipal Employees, or AFSCME, is a worker’s union. 19 Dem candidates are interviewed during this forum. Pete was the last candidate to speak.